We’ve got you covered from appetizers to desserts! If you’re coming over from Midwest Life and Style’s delicious green bean recipe, welcome! This is my grandma’s super-secret, never before written down, never published southern style cornbread stuffing recipe. It’s called stuffin’ according to my grandma, never dressing, and it must be cornbread! My grandma is from Arkansas, and her southern roots run deep. She’s a feisty, strong-willed little thing who grew up without indoor plumbing or electricity, (which meant going to the bathroom in a splintery old outhouse!) and having to haul water for her family from the creek a mile away. The kind of grandma who says things like “Bless her little heart.” “If the good Lord is willing and the creek don’t rise.” “It’s hotter than a firecracker!”

Pinterest has got nothing on this lady, she knew all the tricks! Apple cider vinegar and witch hazel cured everything, and she knew how to make a concoction for every household problem one might ever have. And she could cook! The old-fashioned way with lots of Crisco and fried greasy goodness. Sadly, she is in a nursing home now, but she made me so much of who I am! I think I am the only one who makes her Thanksgiving dinner, and her fudge too!

I come from a long line of dumpers, we seldom follow a recipe in my family. We just have family favorites that we know how to make. My grandma’s southern style cornbread stuffing is no different! My first year of marriage, my husband and I moved to Alaska. This was the first time I had ever not gone to my grandma’s for Thanksgiving, and also the first time that I attempted to make Thanksgiving dinner on the own. Except I had no idea how to do any of it.

I called my grandma and she talked me through her methods, and after a very expensive long-distance phone call later, I had it down! But since we’re dumpers, I still didn’t have a recipe. 28 Thanksgiving dinners later, this is the first time I’ve measured out the ingredients and written it down! It’s also the first time I’ve made the stuffing without using a turkey. So here we go! You can make it two ways-as a regular side dish without preparing a turkey (great if you have to bring a side dish to Thanksgiving dinner or Friendsgiving) and the traditional way using a turkey.

A few notes: You must, must use McCormick’s rubbed sage to get the exact flavor. It has shot up in price, so I bought a different brand, and the flavor and consistency is not the same. Also-Alber’s Yellow Corn meal is a non-negotiable!

1-5 Tbsp. rubbed sage, depending on taste

If making without a turkey, 1 cup plus 1/4 cup of chicken broth

Prepare cornbread according to the Sweet Corn Muffin recipe on the side of the box, except add an additional Tbsp. sugar. Double the recipe if using to stuff a turkey and you want leftovers. If doubling, pour into a 16 x 20 or 2.8 L casserole dish. The cornbread can be prepared a day ahead.

Chop the celery and onion coarsely. This can also be done a day ahead.

If preparing as a side dish without a turkey:

Saute the onions and celery in the 1/4 cup chicken broth until tender. If the celery and onions absorbs all the broth before it’s cooked all the way, add a little more broth.

Crumble the cornbread into a large mixing bowl. If there are any hard or crusty edges, discard them.

Season the cornbread crumbs to taste. Sage can be very strong, and not everyone likes the flavor, so go tablespoon at a time. My grandma used at least a whole container of sage, and her stuffing would be green in color. I use about 5 Tbsp. of sage. She also used a heavy amount of black pepper, you can add pepper if desired. Season with sea salt to taste as well, and you can add in poultry seasoning if you’d like.

Next, add in the sauteed onions and celery.

Add in a cup of chicken broth and combine well. The cornbread mixture should cake to the spoon. If it does not, add a little more broth until the mixture is well moistened and cakes to the spoon.

Transfer mixture into a baking dish, and pack it down like you would brown sugar.

Cover with foil, and bake at 350 degrees for about 30 minutes, until heated thoroughly. Remove foil for the last 5 minutes to brown.

How To Prepare Southern Style Cornbread Stuffing with a Turkey

Remove neck and gizzards from turkey and add to a sauce pan with 2 cups salted water. Bring to a boil, and cook until neck is cooked and starts to separate from bone.

Add chopped celery and onion to a pan and sautee with a 1/4 cup of the broth from the sauce pan. Cook until tender. If the liquid absorbs before the onion and celery are tender, add more broth.

Follow the steps above to crumble and season the cornbread.

Pour sauteed onion and celery into the seasoned cornbread crumbs and combine. Add 1 cup of broth from the sauce pan to mixture. The cornbread mixture should cake onto spoon. Add more broth if needed until mixture is very moist and cakes well together. You can chop the gizzards and add them to the stuffing mixture if you’d like.

Stuff the turkey with the stuffing mixture, and cook according to the stuffed turkey guidelines. Transfer any remaining mixture into casserole dish, cover with foil, and bake at 350 degrees for about 30 minutes, until heated thoroughly and is 165 degrees. Remove foil and bake 5 more minutes to brown.

After the turkey is cooked, remove the stuffing and bake at 350 degrees for about 20 minutes, until the stuffing is at 165 degrees, per the FDA guidelines for stuffing from inside a turkey.

I’m not sure if my grandma would be proud that we’ll all be making her southern style cornbread stuffing, or mad! We just won’t tell her!

Next, head over to Stacy’s Apple Crisp Easy Recipe!

Be sure to check out our beautiful Thanksgiving Tablescape tour!

How to Throw a Tropical No Cook Brunch 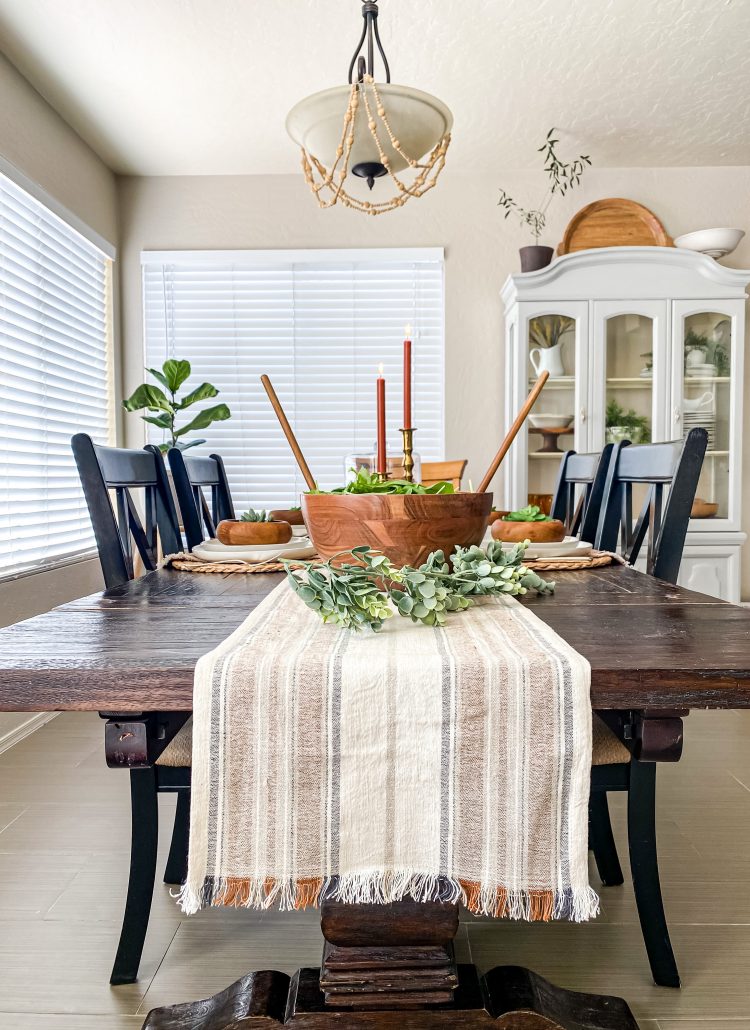 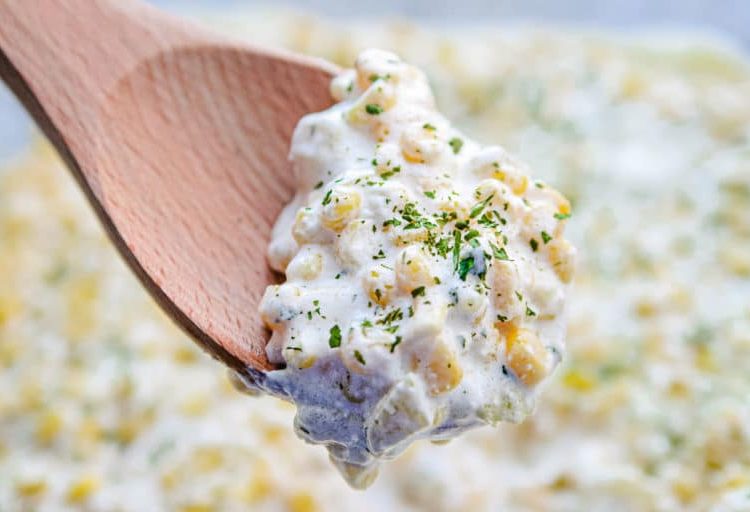 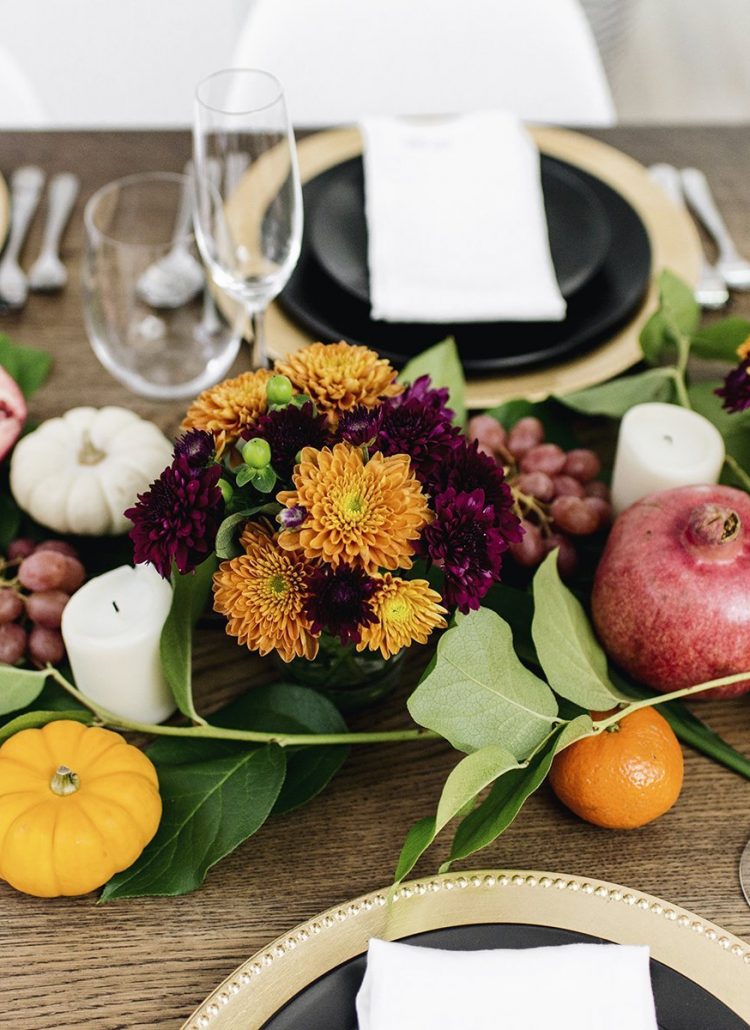 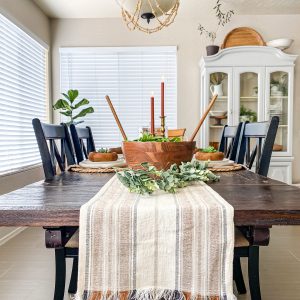 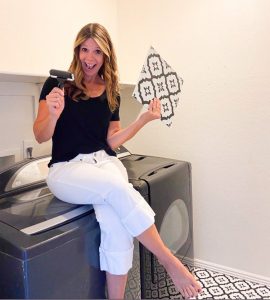 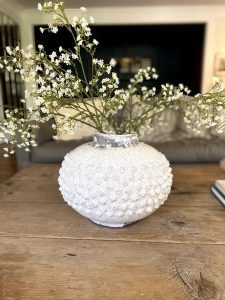 Copyright © 2023 · Theme by 17th Avenue
We use cookies on our website to give you the most relevant experience by remembering your preferences and repeat visits. By clicking “Accept”, you consent to the use of ALL the cookies.
Do not sell my personal information.
Cookie SettingsAccept
Manage consent

This website uses cookies to improve your experience while you navigate through the website. Out of these, the cookies that are categorized as necessary are stored on your browser as they are essential for the working of basic functionalities of the website. We also use third-party cookies that help us analyze and understand how you use this website. These cookies will be stored in your browser only with your consent. You also have the option to opt-out of these cookies. But opting out of some of these cookies may affect your browsing experience.
Necessary Always Enabled
Necessary cookies are absolutely essential for the website to function properly. These cookies ensure basic functionalities and security features of the website, anonymously.
Functional
Functional cookies help to perform certain functionalities like sharing the content of the website on social media platforms, collect feedbacks, and other third-party features.
Performance
Performance cookies are used to understand and analyze the key performance indexes of the website which helps in delivering a better user experience for the visitors.
Analytics
Analytical cookies are used to understand how visitors interact with the website. These cookies help provide information on metrics the number of visitors, bounce rate, traffic source, etc.
Advertisement
Advertisement cookies are used to provide visitors with relevant ads and marketing campaigns. These cookies track visitors across websites and collect information to provide customized ads.
Others
Other uncategorized cookies are those that are being analyzed and have not been classified into a category as yet.
SAVE & ACCEPT